In the conventional sense of the word, I am not promiscuous; however, my tawdry affairs with multiple health clubs are well documented.  Therefore, when it comes to gyms (which should not to be confused with guys named Jim), I’m more unfaithful than an episode of The Bachelorette. I will two-time any health club on the planet, regardless of how charming or sophisticated, stylish or suave.  While this season’s bachelorette, Jillian, narrowed her field of suitors down to two, Ed and Kimptyn, earlier this week, I can similarly identify two gyms as being closest to my heart right now.  Since Friday is the day that I typically dish on something with which I’m smitten, today I’m coming clean about my current health club love-triangle with the urbane Equinox in Boston and my weekend fling with Rocky’s on Cape Cod.

It’s not hard to imagine why I would fall for Equinox, what with its good looks, brawn, sense of style, and cool group of friends.  Rocky’s, on the other hand, is a less obvious match for me.  If Equinox is the handsome quarterback that everyone fawns over, Rocky’s is the all-business kicker who never misses, exceedingly valuable- in some cases, more so- but never as visible.  Here, I share some of the reasons a nice gal like me would ever dream of two-timing her big city romance for a small-town crush.

He writes love letters . . . OK, so this note is not actually meant for me, but in an age when just about any city gym will cut your lock if you stow your stuff for too long, Rocky’s reserves lockers for its inner circle with a charming, hand-written note. 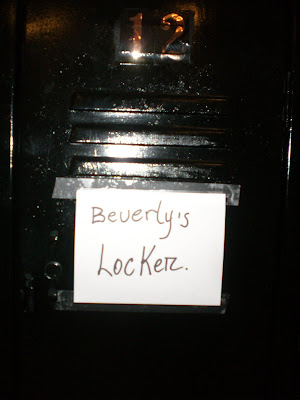 He’s a good listener . . . In a world of non-stop cell phone contact, you have to love any place that lays down the law and tells that jamoke on the Stairmaster to put his celly away for a hot minute. 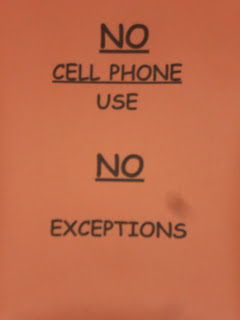 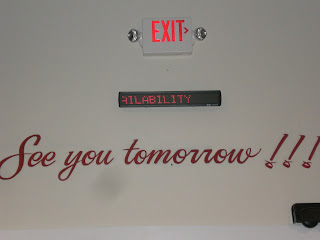 OK, you got me; he’s a bit of a bad boy . . . Swanky city gyms have valet services, but Rocky’s has a parking space relegated for motorcycle use only. If that’s not badass; I don’t know what is. 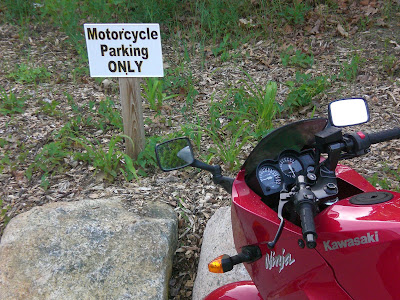 He’s neat . . . This one probably makes me swoon more than all the rest.  Rocky’s prides itself on being the “cleanest and friendliest gym on Cape Cod.”  So far, I see no evidence to the contrary.  Have a great weekend everyone; I’m Cape bound.
This entry was posted in Fitness, OG Loves. Bookmark the permalink.